Reminisce the good old days with your loved ones with these old landmarks and buildings in Singapore.

Get a Free Care Consult
Contents
About the Writer

Before modern skyscrapers emerged in Singapore, the city was home to many landmarks that stood the test of time. All the landmarks held rich histories and stories that are lesser-known to many. It is worth digging up a bit and travelling back in time to uncover stories about landmarks such as theatres, libraries, and amusement parks that Singapore has lost.  Here’s a list of landmarks and buildings of Singapore that are gone forever. There is a chance for kids in the East to remember visiting the Escape Theme Park opened in May 2000. This iconic outdoor park featured a pirate ship, fairground style rides, a walk through a haunted house, go-kart tracks, and the highest log flume in Asia. Later, the park was not a fun place since the rides were removed due to accidents. It also eventually stopped operating. Soon it became part of the expansion project of a water park near to it named Wild Wild Wet. 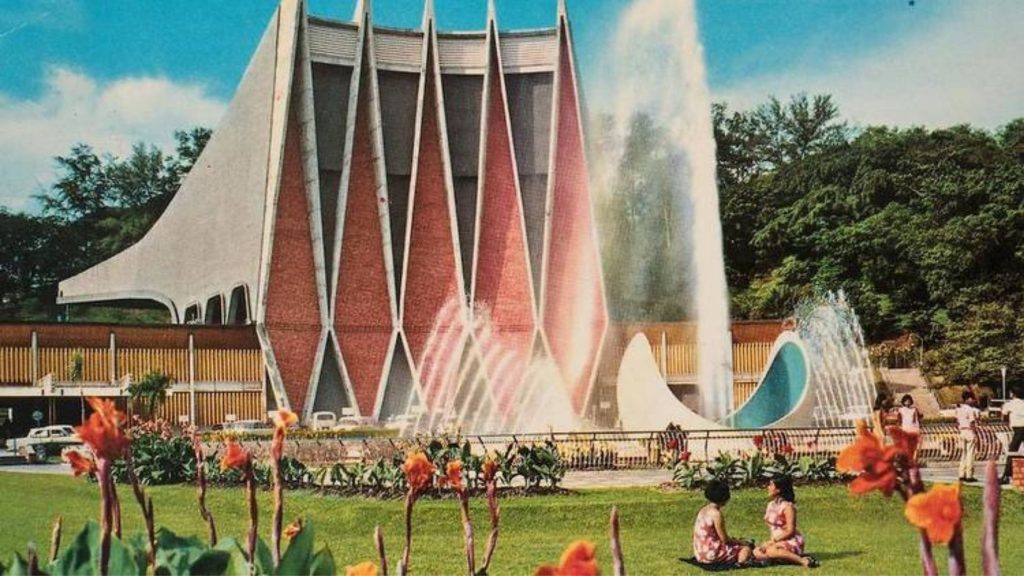 The Old National Theatre of Singapore was opened in 1963 to show respect for the achievement of Singapore self-government. The theatre hosted several performances of music titans including Louis Armstrong, Shirley Bassey, and The Bee Gees. It also was a place where many conferences and rallies took place. The Old National Theatre got closed and it was then turned down because of structural reasons, and to make way for the construction of an expressway. Even though the building had many structural drawbacks, it was a modern building with a huge 150-tonne cantilevered steel roof and a five-point facade. 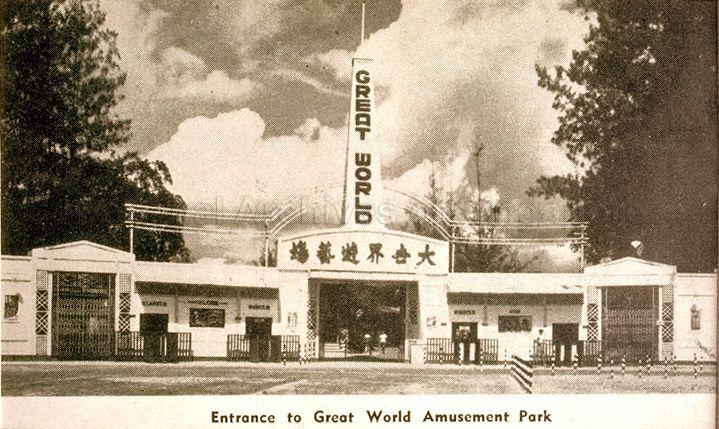 It is the second amusement park that opened after the New World, and it served as a great place for the middle and lower-income crowds. The place initially was a Chinese cemetery that later grew to become an unavoidable part of the nightlife scene in Singapore when people flood restaurants, theatres, nightclubs and more. Later a property developer bought the park and then constructed the Great World City Shopping Centre in its place. 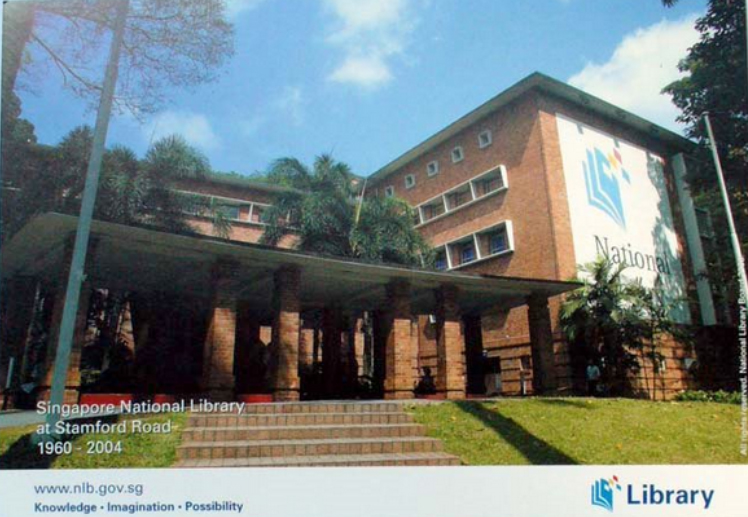 The Former Old National Library Building stood as a national icon but invited many negative remarks due to aesthetically unrefined red-bricks. It soon became just the past and the building started to thrive. Despite the disagreement from the public, the library stopped working. Singapore knocked it down for the construction of the Fort Canning Tunnel to solve the traffic problem in the city. 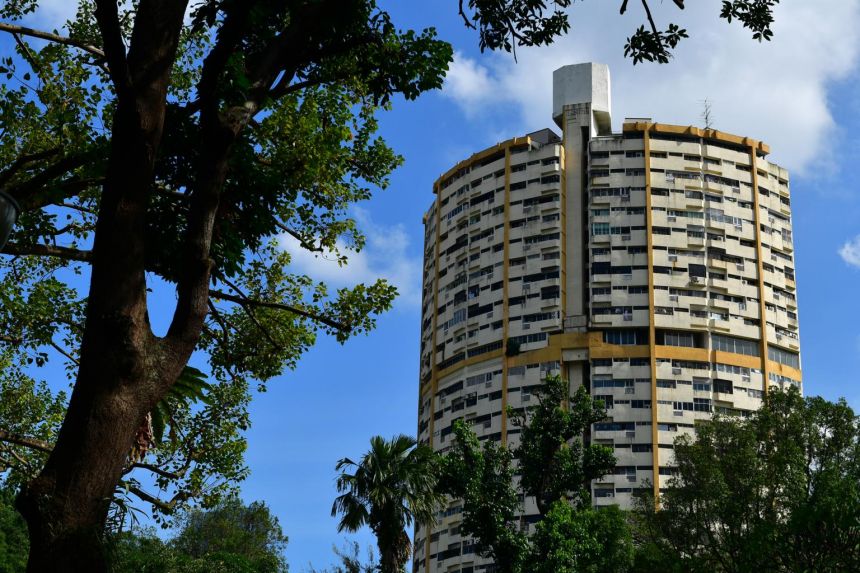 Pearl Bank Apartments was the tallest building in Singapore that was recognisable in the Outram skyline as it was located on top of Pearl’s Hill. Designed for efficiency, this iconic building had a very peculiar horseshoe shape. It also had a cylindrical shape that allowed for better ventilation, daylight, and panoramic views. The circular structure of the building also helped cut down the direct entry of sunlight from the afternoon sun.

The residents of the apartments had to vacate on a sad note. Although they accepted that the building was going into ruin over the year, they had an emotional attachment to the unique architecture. 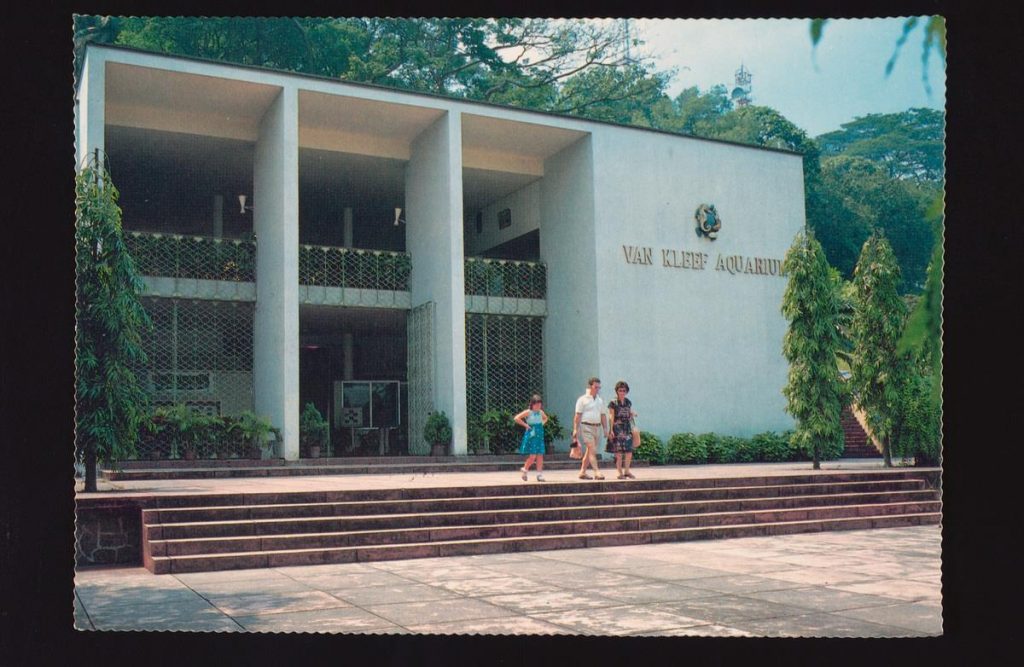 Van Kleef Aquarium was a full-fledged oceanarium that opened at Fort Canning Park in the year 1955. The aquarium welcomed many visitors and it was home to over six thousand five hundred marine creatures of almost one hundred and eighty species. This aquarium had several facelifts to attract visitors, and it became popular when the Underwater World opened in the year 1991. They closed the aquarium eventually in 1998.

Some of us must have been to a few of these once iconic buildings with friends and family. As we reminisce about the golden past, we also look forward to what new Singapore has to offer us. We have plenty of avenues to explore for entertainment, adventure and knowledge-seeking. Sendhelper, Singapore’s own home services company provides you the luxury and convenience of entrusting your regular household chores with professional service providers. You can now spare more time to travel around to spot great buildings of Singapore

Forgotten Landmarks and Buildings in Singapore

As time marches forward, Singapore’s historical landmarks may be forgotten as generations passed. Ask your elderly loved ones if they’ve had any good memories of the above places, you may discover interesting stories as you reminisce with them over the good old days.

This article is authored by Sendhelper. Sendhelper is an online marketplace connecting homeowners with verified service providers who offer premium solutions for everyday household needs in Singapore. Their selection of services include weekly/biweekly and move-in/out cleaning, cooking, laundry, aircon, handyman, tasks and errands, and pest control.
About the Writer